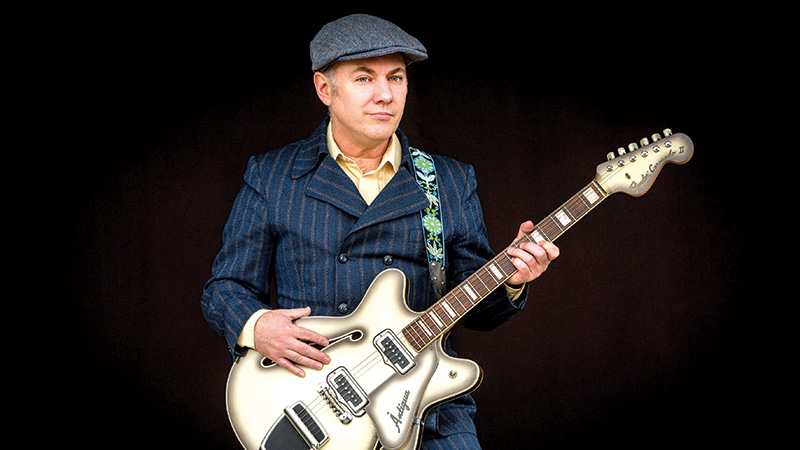 At home on the global stage with the likes of Dylan and Geldof, or India’s desert-dwellers the Maru Tarang, Jeff Lang now has Sandgate Town Hall marked in his diary.

Lang is a consummate story-teller, penning works described as being gutsy, melodic, accomplished, and loaded with soul, even startling.

These conversations fill over 25 albums, some claiming ARIA awards and nominations, and he has attracted a loyal following of folk who claim to hear their own story within the words.

Let’s hope some of your favourites make the set-list in our down by the sea gig.

What others say about Jeff Lang:

“Jeff Lang is one of those people who has music dripping from his fingers.” - Courier Mail, Australia

“He explores sonorities as eclectic as they are stunning…Lang’s only reference point is himself, a unique singer-songwriter-guitarist who follows his own path.” - Le Soleil, Quebec

“Jeff Lang is, in my humble opinion, a national treasure, a truly gifted songwriter and an outstanding guitarist. He has been inspiration to countless Australian and internationally renowned roots artists and surely has a place in history as one of this generation’s finest. He has really touched me and musically, I had a kind of revelation…” - John Butler, John Butler Trio

Bungarribee brilliantly juxtaposes classical, folk, world and improvised music to deliver a sound that emerges from the vast space somewhere between Schoenberg and African folk. If you love intelligent and free-spirited music, this concert is highly reccomended.