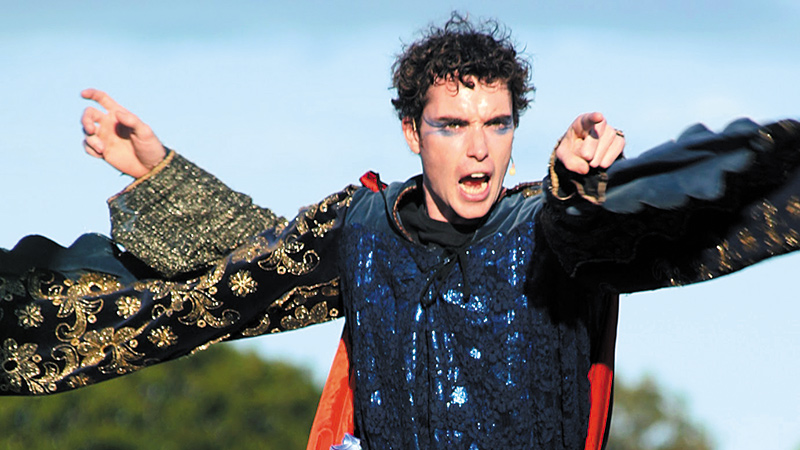 The course of true love never has run smooth, but it certainly makes for a good laugh along the way.

That’s the premise of Shakespeare’s classic tale, A Midsummer Night’s Dream, which is being performed in Sandgate this month as part of the 4MBS Brisbane Shakespeare Festival.

According to 4MBS general manager Gary Thorpe, it’s the play we all need to see this year.

“It’s full of fun, full of magic, and full of comedy. We thought we’d steer away from the drama this year, and this play is a perennial favourite.”

This Shakespearean classic consists of four interconnecting plots, set simultaneously in the realm of Fairyland.

“We’re holding the show in the late afternoon and early evening, and that enables us to have all sorts of lights and magical effects,” Gary said.

“This is the biggest cast we’ve ever had – there’s 18 this year – so there’s lots of fairies, kings and queens; it’s really a performance for the whole family.

“The comedy in this one is really wonderful. There’s a play within a play and it’s a major highlight – Shakespeare is having a dig at his own profession in this one. There’s lots of tongue-in-cheek.”

Gary added there were concerns earlier in the year the festival might not go ahead, but the cast and crew had a COVID-safe plan in place.

“This year people have to book tickets ahead of time – it’s free, but we need people to go to the website and register for tickets to get in, so that we can have contact tracing if needs be,” he said.

“What we’re really trying to do is give younger people an exposure to live theatre, especially the classics.

Entertainment will start at 4pm, with music, performers in period costume, and a sword-fighting demonstration.

To book tickets, go to: www.brisbaneshakespearefest...