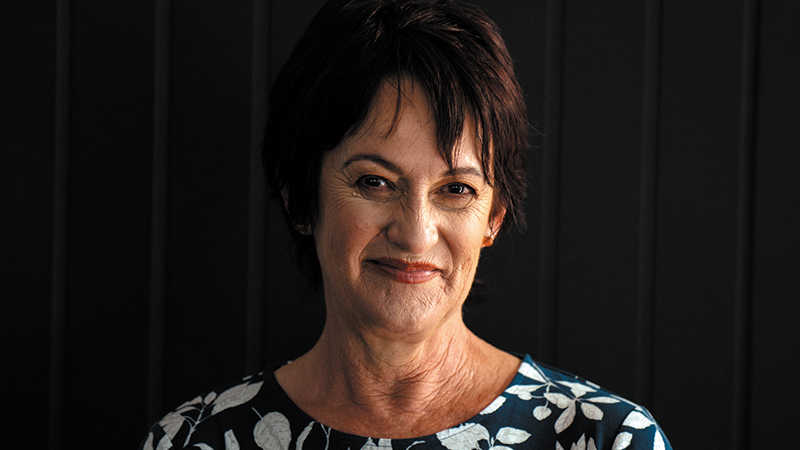 Sandgate author Sandra Hogan tells the incredible true story of a family of Australian spies in a book being published by Allen & Unwin this month.

With My Little Eye tells the story of the Doherty children, who grew up in Brisbane during the 1950s. Before they went to school, their parents had trained them to memorise number plates, notice unusual behaviour, and describe people accurately. They were also very good at keeping secrets.

Dudley Doherty was an ASIO agent and, against all the normal rules of the spy business, he and his wife Joan decided to raise the children to play an active role in espionage.

Anything could happen in their suburban home. The children were not surprised if Sydney crime boss Abe Saffron came to visit, or if they were asked to help infiltrate the UFO Society. They had a memorable holiday at the Gold Coast with Soviet defectors, Vladimir and Evdokia Petrov, who were posing as their grandparents. The Petrovs needed to disappear during the 1956 Olympic Games in Melbourne, because their lives were in danger from assassins travelling with the Russian athletes. Vladimir Petrov put all their lives in danger when he got drunk and blew his cover during that holiday.

Sandra Hogan interviewed the three children and their mother Joan over several years while they spoke frankly and fully about their spying lives.

“For obvious reasons, you don’t often get to hear the stories of real life spies and their families,” said Sandra, “so it was a rare privilege to talk to the Dohertys about their strange and poignant childhood.”

The story is mostly told from the point of view of the eldest Doherty daughter, Sue-Ellen, who longed to uncover the mysteries of her father’s life and to know who he really was.