Guiding The Next Generation 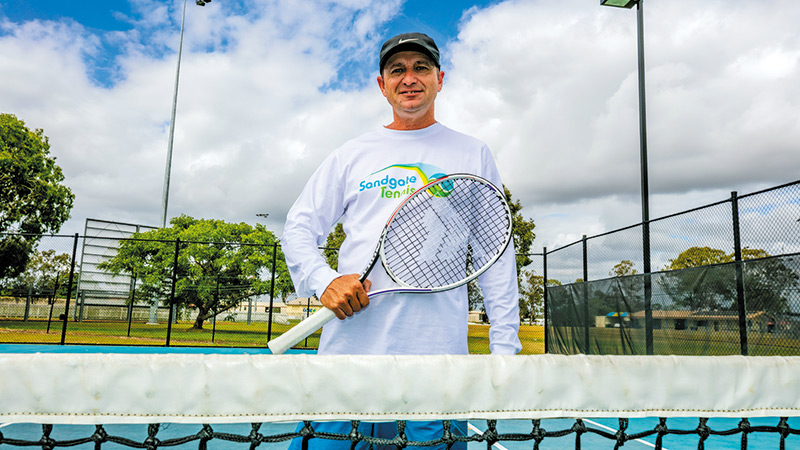 The Australian Tennis Open gets under way this month, and many youngsters under the watchful eye of their mentors will be hitting the courts and aspiring to be like their idols.

Brett said that at aged 15, he was personally coached by the legendary Harry Hopman in the US.

“I had a great trip and learned a lot about discipline and fitness,” he said.

A former top 15 Queensland state junior, Brett missed the cut one year by one place into the main draw of the Australian Open, to Pat Rafter.

John Frawley’s father was Brett’s main coach, who advised him at age 18 to make sure he gained his coaching qualifications, stating he was a solid player but would do better as a coach.

Obtaining his coaching credentials, Brett accepted a coaching position in 2002 at the Harry Hopman Tennis Academy at Saddlebrook in the US.

In 2005, he took up his current role at Sandgate Tennis, and is now the Australian Ambassador for the Harry Hopman Tennis Academy.

Brett said he officially took groups of kids overseas to the academy for extended training.

“There’d be a dozen kids I’ve produced that were Top 10 in Australia, which is very satisfying,” he said.

A recent student was Under 12 Australian number one Gautham Santhosh, who Brett has coached since he was five. Now thirteen, Gautham has moved on after being picked up by Tennis Australia.

Brett said it was his enjoyment of helping kids to become good professional tennis players that drove him.

“Tennis is my passion, and I come in everyday never feeling like I’m working, and can’t imagine doing anything else,” he said.

Recognised by Tennis Australia as a Top Ten Coach in Australia in 2019, Brett has guided Sandgate Tennis to be ranked number nine out of 70 Tennis Centre Associations in Brisbane.

For information on coaching or social tennis visit www.sandgatetennis.com.au