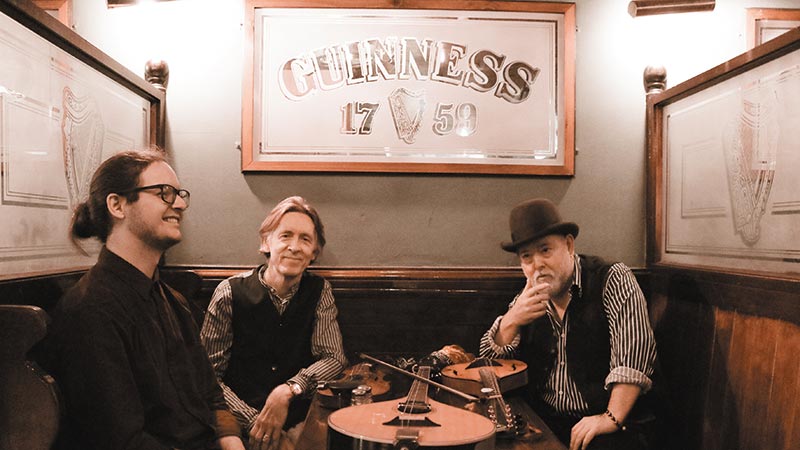 Bringing an optimistic and joyful start to Music By The Sea 2021, the Stowaways are an eclectic world music trio, steeped in the far-flung folk traditions of the British Isles, but with colourful influences from all over Eastern Europe, America and the Near East.

The Stowaway’s signature sound includes a homage in word and music to renowned Irish poet Ciaran Carson, which they performed to great acclaim at the Woodford Folk Festival.

You may have caught one of their shows at the Woodford Folk Festival in 2018 and 2019 as well as at concerts throughout Queensland.

Now the band is riding a wave of success to beautiful Sandgate.

The recently formed Beier • Griffin • Pollak Trio brings together three multi-talented musicians who have played together over many years in different groups.

Some of their previous incarnations include Ross Daly’s Australian Labyrinth, Dva, dididumdum, Makedonski Bop, and the still active Balkanics.

The trio formed in 2018 in order to explore new compositions that spring from the rich musical influences of the Balkans and the Mediterranean.

East of West’s intricate story-telling is spun over rich traditional rhythms and entwining elements of jazz, while allowing space for open solos and improvisation.

Stay out of the city. Book in for a real treat and enjoy the best in your own backyard.

Music By The Sea believes that art is essential for the wellbeing of the community.