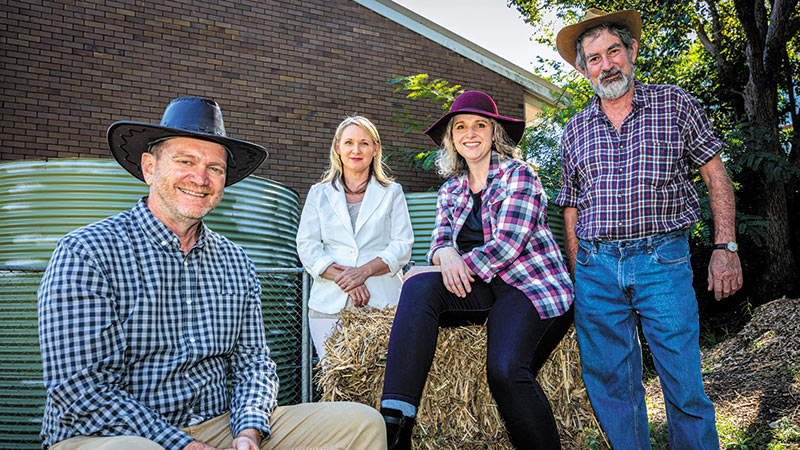 Experience Noah’s Ark as you have never seen it before. Noah is a completely original musical written by Bracken Ridge local Phil Halpin and performed by JAFA performance group.

The Noah musical focuses on climate change and is set in drought-stricken rural Australia with strong messages for the audience about looking after our country.

Noah cast member Chrissie O’Dea is excited to be playing God in the musical and said the modern take would appeal to a wide audience.

“Noah touches on global warming and God comes down to speak to Noah – who owns the local pub in the local town – and tells him it’s going to flood,” Chrissie said. “And he needs to build a boat. The town’s got to try to convince God that they are worth saving.

“It’s a slight twist to the usual Noah, and having a female God is very powerful. The fact that it’s set in a Queensland country community in drought, I think it’s very topical as well.

“I think it’s really exciting that it’s been written by local Phil Halpin. He has done an amazing job writing not only the story but also the music. I am so proud of what he has achieved because it’s fantastic.”

The musical will run for 90 minutes without an intermission. Chrissie said the production had 12 lead characters, 15-20 chorus members and five band members.

“JAFA is a community theatre group that was originally attached to the St. Joseph’s Catholic Church at Bracken Ridge, and has been going for about 20 years now,” Chrissie said. “We do a production every other year, usually, and are very community focused. We often involve the school community and many of the older people within the area.”

Chrissie said it was great to be a part of JAFA and she was looking forward to welcoming the audience to the show on opening night.

“It’s not really the story of Noah at all,” Chrissie said. “The basics are there with the ark and the animals, but other than that it’s totally a modern take that will surprise the audience.”

Tickets are priced between $10 and $15, with 200 seats available per show and they can be purchased at: www.trybooking.com/BQPBS