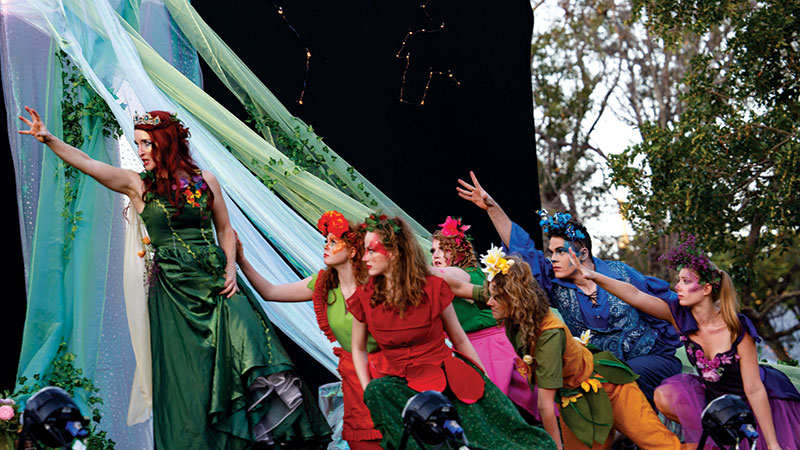 The 4MBS Brisbane Shakespeare Festival began 15 years ago and aims to make the great plays of Shakespeare accessible to everyone by offering free performances in the park.

General manager of 4MBS Classic FM, Gary Thorpe, said the themes in Shakespeare’s plays are as relevant today as when they were written four hundred years ago.

“I heard someone say recently that their measure of a city’s maturity is whether they have Shakespeare in the park performances for everyone to enjoy,” Gary said. “So, Sandgate is up there with New York.”

This year, the Brisbane Shakespeare Festival will run performances of Macbeth at Sandgate and Roma Street Parklands.

Gary said Macbeth was one of the greatest dramas ever written.

“The role of Macbeth is one that the greatest actors aspire to perform. We are thrilled that the great Brisbane actor and director Eugene Gilfedder is directing the play,” he said.

“Eugene is a multi-award-winning actor who has worked with Bell Shakespeare, Queensland Theatre, Melbourne Theatre Company, La Boite, Shake & Stir and many other companies. He brings a wealth of experience to his directing, and we have a brilliant cast selected from the cream of Brisbane’s professional acting talent.”

The afternoon will follow the same format as previous years, including a range of festivities ideal for the whole family, including a sword fighting demonstration, live music, and face painting.

While Shakespeare may have written his plays more than four hundred years ago, Gary said modern audiences could still find some parallels with their own lives – especially at the moment.

“In Shakespeare’s time they experienced a pandemic – the plague. It was sweeping through London. They had to shut Shakespeare’s Globe Theatre. We have a pandemic now which has shut theatres all around the world, so a play in the park is the perfect way to still experience great theatre,” he said.

“Do come along. It may just change your perception of Shakespeare, of theatre, and of the great things that you can experience on a Sunday afternoon in a park.”

For more information and to book your free tickets, go to www.4mbs.com.au