The Amazing Journey Of Sandgate’s Shorebirds 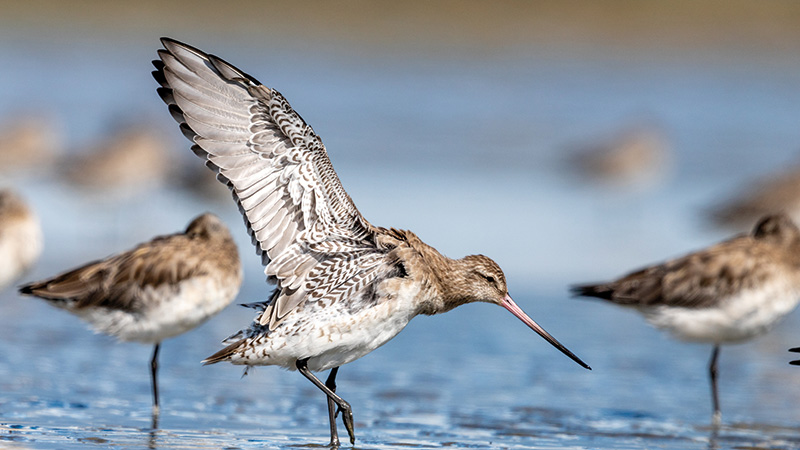 The next time you take a stroll along Sandgate’s foreshore, pay attention to the different species of birds on the mudflats. Some may have arrived after a very long flight.

Learn about the intriguing subgroup of shorebirds known as waders at a talk hosted by Keep Sandgate Beautiful Association (KSBA) Inc at the Volunteer Marine Rescue in Shorncliffe on 15 January.

“There are 36 species of migratory waders that spend at least six months on Australian beaches and wetlands,” David said.

“They migrate enormous distances from Arctic areas to spend our summer feeding and fattening up in our wetlands, mudflats and beaches. We’ve been tracking a bar-tailed godwit that flew from Alaska to New Zealand in one go.”

The Queensland Wader Study Group is a volunteer organisation that has been conducting surveys of waders in Moreton Bay for 30 years.

David said the data was important for the protection of the birds.

“When the tide comes in, the birds go to a safe place to rest and digest their food, so we can count them in a close group,” he said.

“We put a coloured flag on its leg that identifies it’s come from Queensland. We put a satellite tracker on it and these days, you can read live as it’s going where it is.”

Waders like sand plovers, godwits, stints, knots, whimbrels and far-eastern curlews can be seen in Sandgate from the end of September to the beginning of April.

“Sandgate is not a roost site, it’s where the birds go to feed,” David said. “These birds can only feed when the tide is out and exposes the mudflats.”

David said it was important for people to use the dog off-leash area so that dogs don’t disturb the waders.

“If something disturbs them and they fly off then they have lost time in feeding and lost energy by flying,” he said.

Waders need to be sufficiently fuelled up to survive their first flight hop, 6,000 kilometres north to the Yellow Sea.

“Undisturbed feeding time on our Sandgate mudflats is essential to this mammoth effort,” David said.

Bookings can be made by emailing ksbainc@gmail.com