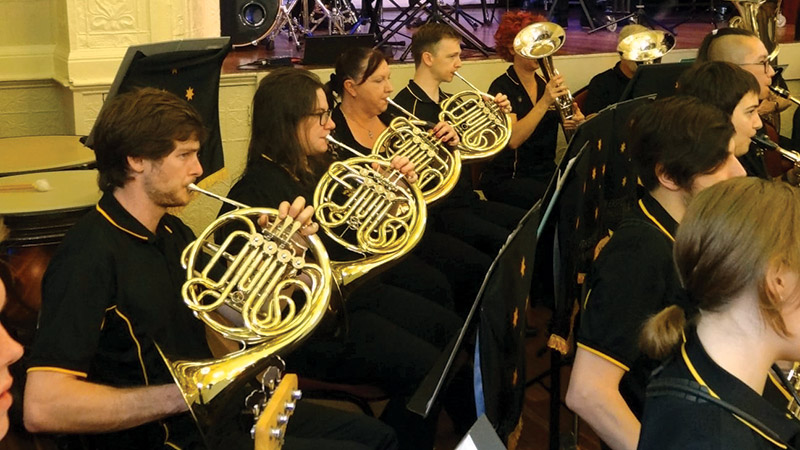 Audiences will be chuffed to bits when a celebration of one of Britain’s most popular classical music concerts comes to Sandgate this month.

The South East Queensland Symphonic Winds (SEQSW) are staging a tribute to the Last of the Proms, famously held each year in London’s Royal Albert Hall.

Musical director Adam Pittard said the SEQSW were always thinking of new and exciting additions to their regular appearances at Sandgate Town Hall.

“This year we are very pleased to bring such a well-known event to Sandgate,” Adam said.

“The Last Night of the Proms has been a mainstay of British culture for almost 130 years, and is still one of the most recognised classical music events in the world today.

“Of course, with 2022 being the Platinum Jubilee of Her Majesty the Queen, and 5 June falling over the official celebrations, we are thrilled to be an unofficial part of that celebration.”

The SEQSW are based at Deagon, with musicians ranging from 15 to 80 years old.

Adam said the Last Night of the Proms historically consisted of a lighter selection of music followed by a set order of patriotic British tunes.

“The event will start with the rousing Overture to Orpheus in the Underworld and will feature music from Grainger, Elgar and Dvorak,” he said.

“Traditionally the Last Night of the Proms finishes with a set order of well-known British pieces including Rule Britannia, the Pomp and Circumstance March No. 1 and Hubert Parry’s Jerusalem. Parts of the celebration include audience singing participation and lyrics will be provided for the audience to join in.”

Attendees are encouraged to dress up and bring along their British flags.

“We will be running a raffle, and we have commissioned a British themed piece of art as first prize,” Adam said.

In the United Kingdom, the BBC Proms is an eight-week festival of orchestral concerts, culminating in the Last Night of the Proms.

Tickets are $18 for adults and $13 for concession. To buy tickets go to www.eventbrite.com.au