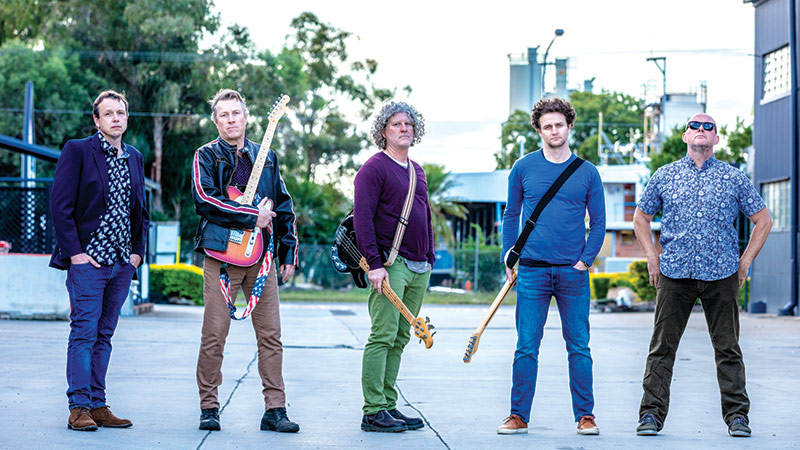 The Dawn Patrol is giving locals the chance to fundraise for a good cause and enjoy a flashback to the 1980’s at the same time.

The men’s exercise group is hosting a band night to raise funds for their not-for-profit group Four57 Inc.

Dawn Patrol’s Ian Turton said the 4017-based collective was all about helping the community and each other.

“The Dawn Patrol is basically a bunch of mates who get together three times a week to exercise,” he said.

“We meet at 4.57am at the Sandgate Pool and we’re all local blokes, dads, just local fellas – no-one pays any money or anything like that, it’s very informal.

“We’re done by 6am and then we go for coffee.

“We’re a health group, and then for a lot of us, it’s become a social network, and it’s good for mental health too. Just a bunch of blokes who exercise and support each other.”

Four57 is the group’s not-for-profit organisation, which helps other local projects.

“The band night is to fundraise for our not-for-profit, which is the vehicle for all the Dawn Patrol type initiatives we like to do,” Ian said.

“Last year we held a boxing night and this year it’s an 80’s themed band night.”

The night will be headlined by Fourth Best Band, all of whom are also Dawn Patrol members.

“We don’t take ourselves too seriously, as the band name suggests,” Ian said, laughing.

“We’ll be rolling out as many 80’s classics as we can, and we’re also encouraging people to dress up in their best 80’s gear – so lots of denim, or fluoro or pastels.

“And we’re offering prizes for the best dressed. It’s all a celebration of the 80’s.”

The band like to encourage younger musicians to get up on stage with them and have promised there will be plenty of special guests on the night.

“I guess we like to encourage people to challenge themselves,” Ian said.

Tickets for the Dawn Patrol band night are $20 for adults and $5 for children.