The Future Is Bright For Female Football Players At Brighton Bulldogs 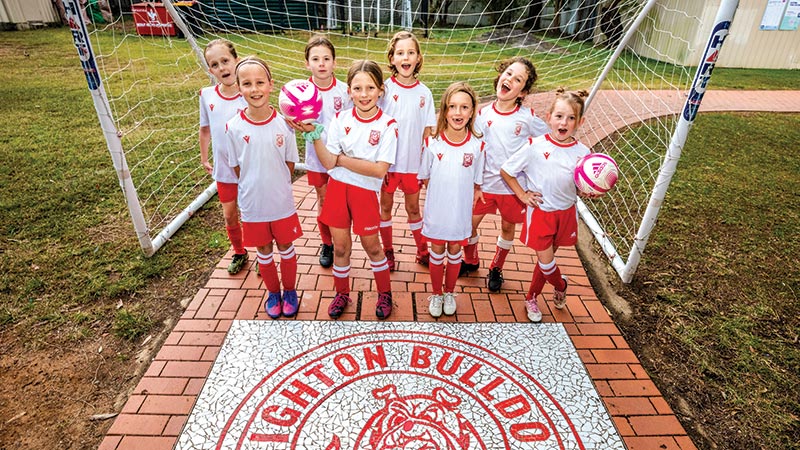 Brighton Bulldogs Football Club has long been known for its friendly, community atmosphere and welcoming environment for all players. However, in recent years, the club has seen more new female players than ever which has had a very positive impact and is a great sign for the future of female football.

“This year, we have more female-only teams than ever before,” said Dave Lowe, Female Football Coordinator at Brighton Bulldogs. “Next season we’re hoping to have girls-only teams at every age group from under 8s and up. We’re also aiming for our senior women’s team, who are currently at the top of their league, to climb the divisions over the next few seasons. We really want our younger players to aspire to play for our women’s first team.”

With the success of the Matildas and increased women’s football media coverage, there has been an influx of young female players taking up the sport. This has been a welcomed development for the Bulldogs club and they’ve responded with a major investment into building female change rooms, and by devoting more resources to targeted coaching sessions for the girls-only teams.

As the club continues to grow, they are working to find more ways to engage female players and create positive environments for players to develop their skills.

“One new thing we’re doing is to pair up a member of our senior women’s team with each girls-only team so that they can be role models for the younger players,” Dave said. “We also held a very fun and successful Female Football Night earlier this season with special training sessions, events and a game featuring our senior women’s team.”

For a relatively small community club, Dave explained that they’ve always ‘punched above their weight’ in terms of female football. “We’ve had female club presidents plus an all-female executive committee managing the club a few years ago,” he said. “Also, our Miniroos Coordinator, Amanda Miles, has been highly instrumental in the success of our club with both boys and girls.”

“We want all players to enjoy football at whatever age or level they are at,” said Dave. “With the Women’s World Cup being held in Australia and New Zealand next year, it’s a great time to be a female footballer!”