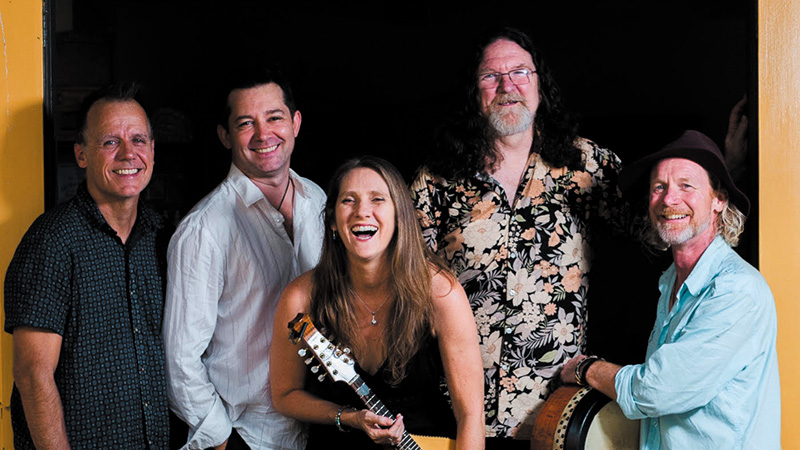 We’ve loved the Barleyshakes’ joyful and uplifting gigs in Sandgate over the years. They’ve been total sell-outs. And this April you can treat yourself to the intense energy, beautiful harmony, and driving dance
rhythms of their ”bent” Irish music when they perform again in our local town hall.

Described as a highly evolved Celtic organism, the Barleyshakes originally formed in Dun
Laoghaire, County Dublin, back in 1994. Since then they’ve entertained audiences in over 20
countries.

In 2011, ‘Shakes took the World Music category gong at the Queensland Music Awards. Then in 2019, Alan and Kristen Kelly released Irishtown, which shot to Album of the Month on ABC National Radio.

This led to the distinction of Producer of the Year for Alan’s creative hand on the project through his Bloodwood Recording Studios in the Noosa hinterland.

Alan said, “Irish music has been going from strength to strength in recent years, with major pop stars like Ed Sheeran incorporating it into his songs to huge worldwide success.”

Today, their much-loved sound is a worldly mix of traditional music that just has to be danced to, heightened with original works, and infused with many other styles.

“Music is a big part of the life force of every culture,” Alan said.

Question is: Will you still be in your seat by the end of the show?