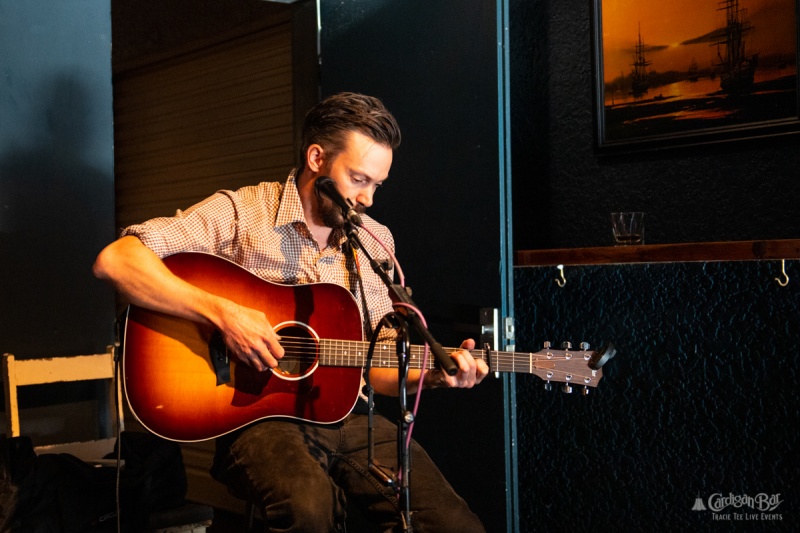 Time : 7pm
Where : Cardigan Bar
Address : 198 Seymour Street
Phone : 0414961245
Dan Challis & Stephen Grady
Winter tour
Two Australian singer-songwriters have recently released their new albums and are hitting the road this Winter to connect with audiences across the country.
Folk singers at heart, their individual stories and songs are expressed in the simplest way possible, through guitar and voice.
Stephen Grady released his album ‘Wonder’ in October 2020, which “Strikes a perfect balance of sparse folk and balladeer-blues, with Nick Drake and Jose Gonzales undertones, 'Wonder' is a world class composition” (Kath Devaney, ABC Music Programmer/Producer).
Grady was part of the Australian folk duo, The Ahern Brothers, and toured extensively; most notably he supported the 'Tex, Don and Charlie' tour back in 2017 (www.youtube.com/watch?v=5BH...).
Dan Challis’s album ‘No Lonely Road’, came out in November 2020 and was inspired by a 4-year journey across North America. It has been called “rich, authentic acoustic folk… And should make you feel something raw and timeless” (EarToTheGround Music blog).
Challis, who is based on the south-coast these days, has garnered a healthy following after playing house concerts last year, in support of his album release (www.instagram.com/p/CIehCAD...).
Please join us for a night of acoustic folk music, by two songwriters who care deeply about their craft.