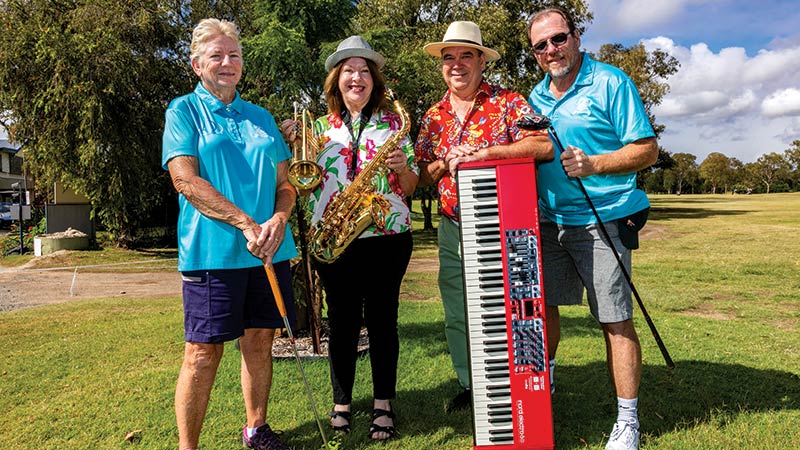 Allan Head, chair of the Sandgate Golf Club Centenary Committee, said the 250 members enjoyed attending a strong club with a country-style atmosphere that retains some of its heritage.

“The original clubhouse has been extended but retains its step-back-in-time feel,” Allan said.

The club and course have been through some changes over the years. Allan said the challenging course layout was redeveloped in the 1990s with significant input from Paul Jones and John Armstrong.

“One hole hasn’t changed though: the ninth hole retains its originality even down to the large gum trees which flank the approach to the green,” he said.

The centenary year celebrations began in January of this year when life members Joy Black, Lex Hughes and Kevin Madsen planted a centenary tree with three levels of government present. A plaque commemorating the tree planting will be unveiled at the next centenary event.

The clubhouse also includes a display of golf clubs from the 1920s that were owned by Dick Carr.

The centenary year events will culminate in an open-air Twilight Cabaret for members and their friends this month. Held under lights on the first fairway, the night will include music from local jazz big band Swingalicious, who will be playing songs from the last 100 years.

“This connects well with the strong tradition of local Sandgate jazz bands playing at Sandgate Golf Club festive occasions way back in the 1920s,” Allan said.

For more information about the centenary celebrations, go to www.sandgategc.com.au