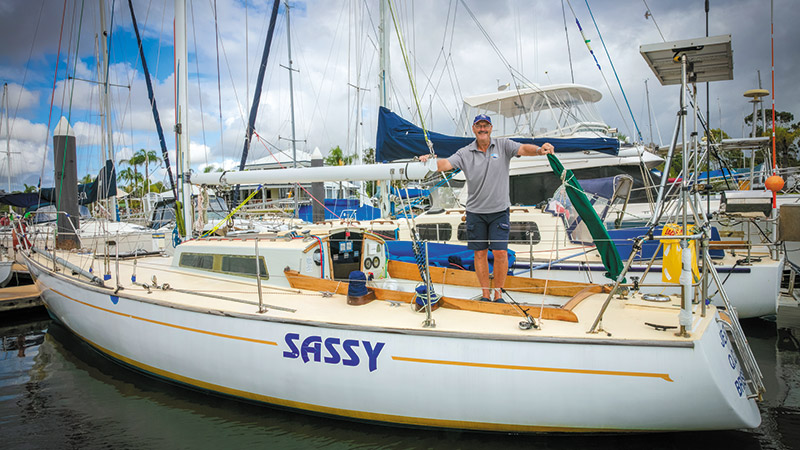 The Brisbane to Gladstone Yacht Race has long been an illustrious event steeped in tradition, but it’s now embracing future-proof technologies.

With the start of the race to be live-streamed to the world on 12 April, spectators have the opportunity to watch from either the shore or online, and have the ability to follow competitors via a special web-based tracker.

Vice Commodore at Queensland Cruising Yacht Club Harley Cowlishaw said that the advent of live streaming added an even more dynamic element to what was an already hair-raising event.

“Anyone worldwide can tune in to watch the start and view the interviews with many of the colourful characters,” he said.

The thrills and spills are set to be more accessible than ever, with seven high-definition cameras and drones capturing and relaying all the action — all in less than five seconds from transmission to receivership.

“It has brought the race into the homes of many people who otherwise had to wait for the news in the print media the day after,” Harley said.

For local competitor Philip Lazzarini, sailing is a lifelong pursuit that blends the high-tech aspects of tactical navigating with the sheer physicality and instincts involved in the practical sense.

“I have sailed in the Brisbane to Gladstone 27 times now and skippered 22 times in my current boat, Sassy,” Philip said. “Each race is different and challenging for reasons of weather, sea conditions, and crew ability.”

A love of boating is something that’s been passed down by Philip to his children.

His son Michael Lazzarini competed alongside him in his first Brisbane to Gladstone Race at the age of 14 and now skippers his own boat called the Samurai Jack.

“I was lucky enough to accompany him in the 2011 Sydney to Hobart where he was the skipper and I was the navigator,” Phillip said.

Philip has entered this year’s Brisbane to Gladstone race, and looks forward to a good handful more before both he and Sassy enter retirement.

You can find out how to watch the race and enter as a competitor at www.brisbanetogladstone.com.