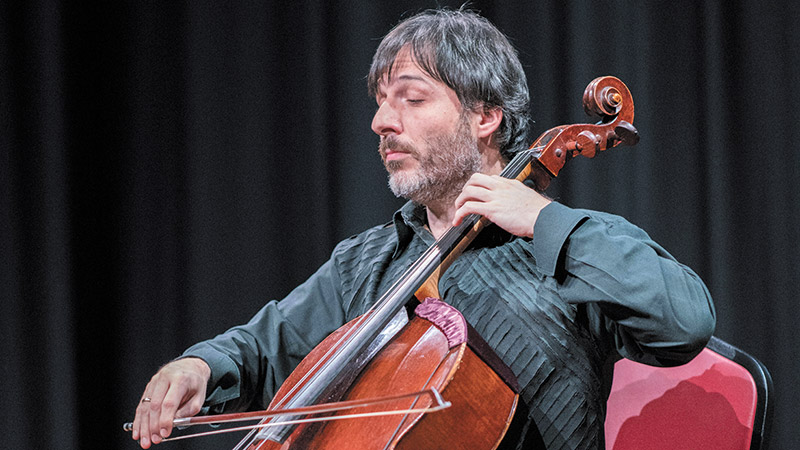 Mark Cryle, legendary folk songwriter, musician and singer, brings a pageant of songcraft to Sandgate when he and friends revisit the popular sounds that have made them a force in the Australian music scene.

Shakespeare once implied that music is the food of love. You’ll have the opportunity to ‘feel the love’ when Umberto Clerici and Daniel de Borah perform works from the romantic era of the 1800s.

Their renderings of Mendelssohn and Chopin on piano and cello are guaranteed to stimulate a part of the brain that produces rewarding feelings. The same part of the brain is also triggered by drugs and other pleasures such as food and sex, according to Dr Mas-Herrero, a leading researcher in the field.

You’ve heard Felix Mendelssohn’s A Midsummer Night’s Dream, which was written for a performance of Shakesphere’s play of the same name, and no doubt you’ve even sung his popular Christmas carol, Hark! The Herald Angels Sing.

For our audience, those frontostriatal brain circuits will be turned on by Felixe’s sublime Song Without Words and Cello Sonata.

As for dear Frederic Chopin, did you know his famous Minute Waltz was originally called The Waltz of the Little Dog? After a little dog, of course. Meanwhile, back at the town hall, Umberto and Daniel will also play Fred’s own take on Cello Sonata and Song Without Words.

Apparently, both Mendelssohn and Chopin met once and spent their time discussing music and playing piano. Mendelssohn is reported to have said it was a very agreeable day. Perhaps their brain circuits were in sync.

Whether you come from your head or your heart though, spending an evening immersed in the greatest music of that era is a no brainer. Catch you in July.